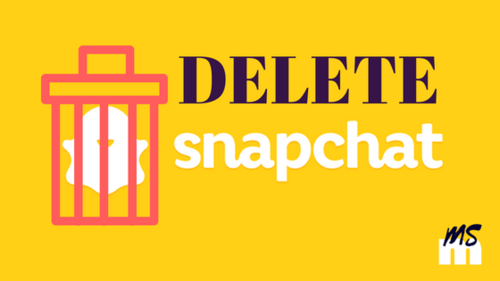 Have you seen Snapchat’s latest video promo? It starts out with Great-grandpa scooting everyone in for a cozy family portrait. Then we see flashes of people–mostly adults and families–spending time together and having fun. Even a cute dad snapping pics of baby in a high chair and sending them to Mom at the grocery store. It’s just so darn wholesome! Makes you feel all warm and fuzzy inside. But is this reality?

Our experience talking to kids, parents, and experts in the community tells us otherwise. Some millennials are even launching public protests against Snapchat. Do you know why?

1) Our kids are on Snapchat, and they don’t feel safe.

A recent facebook live post from two brave boys provides a sharp contrast to the manufactured, manipulative Snapchat ad mentioned above–and it has already had over half a million hits. This video didn’t require an editing crew, multiple cameras, or actors. Two brothers, Bray and Ryan Hallman, ages 20 and 12,  simply sat on a porch and told the truth about their experiences with Snapchat. Watch the video here.

This is the essence of Bray’s message taken from the caption on his Facebook live video:

“So I wanted to take a second to talk about something that has been a HUGE problem in my life and that is pornography. Ever since I was young I struggled with it and one of the biggest ways I found or used pornography was through the app Snapchat. Young kids have the power to access it from anywhere and we need to take the steps necessary to keep them away.

We are taking the challenge to delete Snapchat on June 1, 2018, and spread awareness for this cause. Pornography is a type of drug that can consume and ruin people’s lives. Please don’t wait and delete the app! #deletesnapchatday”

(UPDATE: I recently chatted with Bray, who said he is also working to combat pornography in his community with Fight the New Drug and #SavetheKids with Collin Kartchner. We’d like to send a huge shout-out to all these guys. Keep up the great work, everyone!)

Sadly, this is not an isolated incident. In 2016, another millennial spoke up about sexualized content on Snapchat and launched a similar #NoThanksSnapchat petition, gathering 20,000 signatures in one week. Read the story here.

Obviously it’s a problem when our kids start speaking up and launching public campaigns. As parents, we should catch a clue and join the fight!

2) Have you heard of “Snapchat Suicide”?

Yes, this is a real thing. Do a search. Read this article. But be aware: This topic is not for the faint of heart.

To get to the point, kids are swapping nude pictures on Snapchat. (P.S. Did you know the term “sexting” is out of date? We should say “sharing nudes.” I just learned that from nextTalk). When this happens our kids are, in essence, creating custom child porn for each other. They have no idea how powerful that can be. Snapchat gives them the illusion that these pictures will disappear, but that’s just not the case. It’s so easy to take a screenshot. Or, for that matter, to pull out another device and take a picture of the screen. Then what? That photo never goes away.

I’m sure there are families out there that use Snapchat responsibly. I know some families–most of which are comprised of parents and their over-18 adult children–who actually use Snapchat to have fun and keep in touch. But let’s think. Let’s be smart about this. Young kids don’t need this kind of pressure and responsibility.

Let’s do something proactive. Instead of letting them get burned, let’s not hand them the fire in the first place. Kids don’t need social media until at least age 13. Later is better. Maturity comes first. #waitingisloving

Didn’t we all see this coming? If we didn’t, we should have! If you’ve ever browsed lists like the National Center on Sexual Exploitation’s Dirty Dozen or Educate and Empower Kids’ 10 Dangerous Apps Every Parent Should Know About, you can bet Snapchat is on there! If you need more reasons, click on the links below and read all about it.

Let’s face it. Snapchat was created to make questionable content magically disappear in a matter of seconds. It’s not safe for kids. These recent news stories are just the wake-up call we need to do something about it.

I’m 100% supportive of National Delete Snapchat Day. But I don’t think it should stop there. June 1 has passed, but we can keep the awareness going. EVERY day!

How Stripping, Prostitution, and Sex Trafficking Occurs Through Snapchat
https://endsexualexploitation.org/articles/prostitution-sex-trafficking-occurs-snapchat/

One Millennial’s #NoThanksSnapchat Petition Got Over 20,000 Signatures in One Week
https://endsexualexploitation.org/articles/no-thanks-snapchat/

Snapchat Nudes Are Being Screenshot And Secretly Posted On Facebook
https://www.huffingtonpost.com/2013/05/28/snapchat-nudes_n_3348145.html

A penny for your thoughts: Cancel reply